This is why the economy wasn't the problem...

The truth is, someone else in the same industry did just fine when the economy collapsed.

I’ve heard “because of the economy…” three times this week as an excuse.

It wasn’t the economy.

I learned this the hard way as there was a time that I used to blame something, or someone, external of myself for the issues in my business…and in my life.

The reality is that if someone else in the same business did well during the economic downturn, then it’s not the economy that was the real issue… it was the owner.

This may sound harsh, but it’s true.

Over the years, I’ve found this to be true in every area of life. There are gross exceptions of course, but for the most part, if the result you got wasn’t what you wanted, and someone else pulled it off, well, then the issue isn’t outside of yourself, but rather it’s within yourself.

In coaching and mentoring business owners, I get to see this all the time. I’d be stupid not to recognize the pattern.

So why don’t they get a coach, or take a course, or do something, anything, to change?

It’s easier to blame the economy than realize that they are actually responsible for their actions and more importantly, their reactions.

Get off the sidelines of your own life and pull the trigger.

It’s game time – don’t get caught in the stands watching your life play out in front of you.

Get on the field! 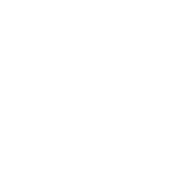